Indeed one of the most active members of our church, and really one of my best friends, came from the southern China city of Fuzhou, illegally. He was only in his teens, and since he was the son of an official, he easily became spoiled and he seemed destined for a life of corruption. However, with help from a “snakehead” (illegal criminal smugglers) he was smuggled into South America, through Central America, and finally landed illegally in New York. He had to go through forced landings on beach strips, run from immigration patrol boats, dash through thorn laden bushes and pull out thorns for hours, and be housed in terribly unsanitary so-called “safe houses,” before finally being dumped on the beaches of New York, one long year after departure from China.

However, one of the greatest things that happened in his life was that he became a believer in Christ in New York, and that changed his whole life. After coming to Cincinnati, he was given an opportunity to manage, and then own a restaurant which became a thriving enterprise, so much so that famous sports figures and politicians loved to come. Today, he is not only a law-abiding citizen, he is a very conscientious supporter of church and society, and a great role model for many, including former illegal immigrants! He is legal in every way and has papers, his passport, and his life to show it.

Have you ever thought what would happen if you lose your legal papers, your passport? And if you lose it, who are you? Are you still legal? One year while in London I really lost my passport. Let me tell you, being in a foreign country without legal papers is truly scary. The UK is just as tensed up about immigration as the USA. So I worried a bit about who I suddenly might be, to the authorities. Maybe I might even become considered an illegal immigrant.  I had actually arrived in London on a British passport, but I was not UK born, and there was a big difference between being UK born and being born in a “colony,” the then British ruled Hong Kong. 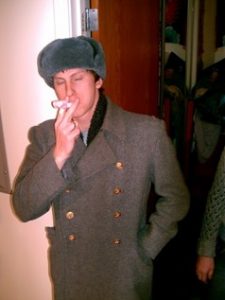 After landing at the airport, I had made a phone call from a booth, to contact my cousin living in the city. Then, on the bus into town, I suddenly realized that my trusty scarlet business bag was missing, with my passport inside. I instantly recalled that I had placed it in the booth on a ledge next to the phone while I was making the call. I must have left it there! I rushed back and it was gone. I spent the next 7 days calling every one of the nearly 24 police stations of London, since the London police had multiple different jurisdictions, and no simple central system for lost and found articles. Quite a way to learn about police work in a foreign country.

In addition, I raced to the US Embassy to see if I could get a new passport. I had to leave in one week exactly, and with no passport there was no way to travel! And it definitely was not funny to have no passport in a foreign country. When I arrived at the embassy the line was winding all around the embassy and into many street blocks. There were a lot of people trying to immigrate or get a visitor visa to the US, that was for sure. There was no way I could wait that long. I might never actually get into the embassy that day.

In a sudden burst of courage (and chutzpah) I went to the top of the line, talked to the guard, and explained my dire circumstance. He really was sympathetic, and he believed me. I was amused when he said to me, “try to catch the attention of that man that is walking around inside!” Sure enough, there was a man walking around that looked pretty authoritative. I waved frantically at the man, and to my great relief, he actually waved back, and waved me into the building, to explain my circumstance.

After hearing me out, the officer told me it was impossible to finish everything in one week. I urged him to try, and he said, “well, we can give a try. You can come back in one week and let’s hope.” I had to call my wife to fax over my basic information to the London office (this is before emails and Skype!), and she had to go to the immigration office in Cincinnati with some documents, which she did.

And one week later, here I was at the US embassy visa applicant line, and I managed again to get to the head of the line, convince the guard, wave at the senior officer again, get in, and find out that my new passport had just arrived. I made my return flight on time, breathing a great sigh of relief. You really aren’t comfortable anywhere without legal papers. 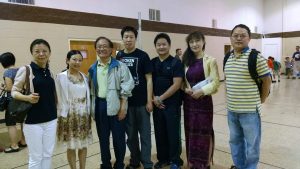 One year, I was in the USSR with my trusty British passport. I had taken the overnight boat from Helsinki, Finland, and arrived in the morning in St. Petersburg. When I walked down the gangplank, the gruff big bodied immigration officer was waiting at the bottom of the stairs. He requested I hand over to him my passport, as did everybody else. He would keep the passport until the end of the day when we returned from our daytrip in the city, which would include the famous Hermitage Museum, and beautiful former palaces. I hesitated, but saw no other recourse, and everyone was obeying orders, so I had no real choice but to give him my passport.

So while I was trying to enjoy the visits, at the back of my mind, I kept thinking about my passport. I wasn’t comfortable walking around in a foreign country, without my passport, especially at a time when the country was dictatorial and oppressive. I imagined if some police officer or KGB man picked me up for any or no reason, and I did not have my passport, I wasn’t sure how it would turn out! Did James Bond carry a passport when he was dashing around St Petersburg, I wondered?

As I was thinking about this, I visited the washroom. Sure enough, in James Bond caricature, a Russian man in a heavy grey trench coat walked in. He muttered something to me, like “Dobra Dien, good morning.” But then he flashed his left trench coat wide open, and then his right coat. I am not kidding you, it was like the movies, showing both inner coats lined with flashy Rolex and other watches, row upon row, maybe 100 watches I would guess. He asked me, “would you like buy watches, very good price, US dollars preferred.” You can guess my response.

In as calm and yet hurried way possible, I got away from him: was he just a tempter and was he trapping me since he knew I did not have a passport? I will never know, and I did not wait to find out! Hours later when we got back to the boat gangplank, I was obviously very relieved to receive my ID back from the gruff man. You don’t want to be illegal in any country, certainly not this one, especially carrying counterfeit Rolex watches.

Fortunately, we can easily have legal papers for the final step in our life journey. I have never heard the term, but I think you could call that our final passport, we would be legal immigrants there, and no immigration officer can interfere with that. In the good book, it actually says something strange like, “Ask and you will receive, seek and you will find, and knock and it will be opened unto you.” The best passport.