Helen McGehee faithfully served in Guizhou, China with her husband John during a very difficult time in China’s history. Civil war was raging, the Imperial Japanese invasion had left the country in shock, and everything was chaotic. Even today many parts of mountainous Guizhou remain primitive, and one can imagine the conditions they lived in at the time. 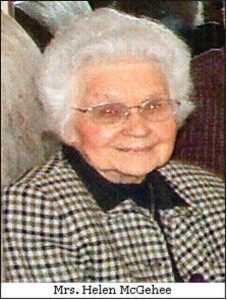 John was arrested by the new authorities, but the rest of the family was compelled to leave the country. And so Helen, with five small children in tow, began the arduous journey out of the country. They had to cross mountains on trucks; they had to go by boat along murky rivers, and always under potential threat by pirates and robbers.

During this difficult time, Helen was told that the most important part of the US currency was the serial number. Because she knew that robbery was rife, and that she could soon lose most of her belongings and her money, she cut out the serial numbers from the US hundred dollar bills, and sewed them into her clothes. After a very long journey, she was finally able to reach freedom, and return to the United States. 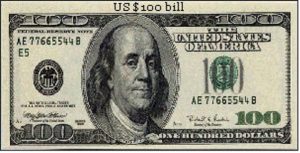 Sure enough, she took the serial numbers of the US currency to the bank, and to her great satisfaction the bank indeed cashed it, and gave her some real money! Small things matter. I remember the verse from the good book, that “the very hairs of our head are numbered by God” (Matthew 10:30), which means God cares even for the smallest matters that concern us. Small numbers matter, and such are the blessings of the Lord, when one faithfully serves Him。

Mystery of Language (Part A)