Jesus gave a colorful and apt instruction to his disciples, and to all of us by extension, that we are to be “salt and light” of the world. This expression has touched the hearts of many, and has deep meaning and implication for all of life. Personally, I have always loved this instruction, and it has essentially driven most of my life, wherever I go in the world. Salt, meaning to give flavor and interest to life, and to others; light, meaning to explain and help brighten the lives of those around us. The beauty of salt and light in action is also that we are blessed even more, as we bless others.

When we started our medical mission in China, MSI, 25 years ago, I thought that it was perfect that we could indeed have the potential to be salt and light, in a land that previously had been closed to the outside world. It was a relatively sensitive time, and salt and light seemed the perfect approach to help people in need, especially among minority tribes and in deprived areas. By our actions and our love, we were able to be helpful, and to learn many things by working with poor tribal people in the mountains of Southwest China. 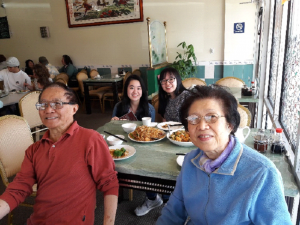 Photo: Salt, light and Chinese food, at a favorite place.

I used to tell our team members, just be yourself, be salt and light naturally, don’t worry about preaching, just let our actions be the message of love. Indeed, wherever we went on our mission, I could imagine easily what Jesus might have been doing, 2,000 years earlier, among similar villagers and poor people, as a supreme role model.

For several years before we began MSI, one of my best teachers was Rev Lam of Macau who had been one of the first people from outside China, in the 1980s, to go into southern China, to set up schools and do charitable work. Wherever he went, he was respected and welcomed. He brought in our first medical team, in 1989, to go into villages in southern China, probably one of the first medical teams to do so during that opening era.

Rev Lam reminded us that most people in the villages had never even met a follower of Jesus, and did not know anything about Him. He thought that, doctors and nurses would be especially great as “salt and light.” We were just to do the things that came naturally to us, medical and nursing care, without doing anything artificial, with lots of love, and making lots of friends! I thought this was just perfect, salt and light as it should be, nothing contrived or forced!

I think that, in America and in many affluent parts of the world, we have often forgotten the simple salt and light instruction of Jesus. Sometimes it seems we have even forgotten why we are here on earth. We just try to enjoy ourselves, with more money, more entertainment, more food, more cruises. There seems to be no end to all our “vanity of vanities” that King Solomon lamented in his later life. In many instances we have more vanities than even the great king experienced. Seeing all of our lives, thousands of years later, I can imagine him shaking his head sadly. We could say we have often lost our salt and our light. 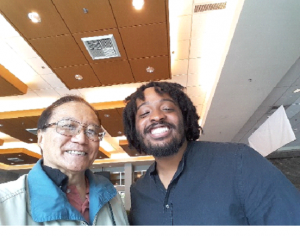 Photo: Just chatting over coffee in lobby of large church. I like the role of “lobbyist,” taking selfies with those I chat with, especially if I can give away my coffee book. Salt, light and coffee.

However, instead of losing our salt and light, I can imagine many ways to restore it, even in affluent America. For example, one way is, let’s go out and invite someone we don’t know that well, for coffee, for lunch, for ice cream, just so that we can chat and have good relationships. A younger person; an old person; a person away from home. Practically anyone we meet can be an opportunity for this kind of salt and light. We can just listen, we can literally just chat merrily away, and ways to be helpful will naturally emerge.

Nearly always, by chatting face to face, we will experience a good feeling, a feeling of relationship, a feeling of better understanding, a feeling of common humanity. We will see, and realize that this is another individual that God loves, no matter what the background, culture, or even language. Yes of course it might cost a bit of money, but what are we keeping all that money for, anyway? We might even make a few new friends, and that would be priceless.

We had the greatest fun in Cincinnati to chat with hundreds of scholars from China, in so-called “English corners” that were spread out at the main cafeteria of the Children’s Hospital. We just used the booths and tables to meet one on one, or one with 2-3 scholars, mostly just to help improve their verbal English skills. We learned so much, and made so many friends, simply by chatting in our primary language, which was English! How difficult can that be? And yet we were able to be helpful, encouraging, and stimulating to our friends, and we learned to appreciate many new cultural perspectives from these wonderful interactions. Salt and light to them, and some sort of salt and light to us, a secondary blessing.

Many people know my enthusiasm for bringing young people on short-term missions. A major reason is simply that this is one of the greatest impetuses for salt and light training. When we go out to another country (and the farther you go the better it is, I think), you are out of your comfort box, but suddenly you realize that you are indeed now the salt and light, a key part of the mission. So practically instantaneously, you begin to be more friendly, more communicative, more lively.

Because of the strange situation that you are in, on a mission field, surprisingly, you feel less constrained by normal rules, and thus freer about sharing your life and faith. And so you do that, just naturally and without any fanfare; ergo, you have naturally become salt and light. This is a subtle great training that makes you realize, you could do this even back in the home country! And indeed, you can! 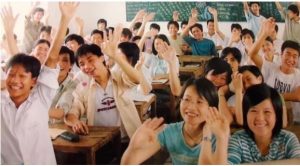 And suddenly, we realize that all the gifts that God has given to us, can be used as part of the salt and light mission that we are involved in. No matter whether it is music (even invite them to a musical event), art (draw them a picture), writing (send them a nice note), or just chatting, we can use all of that as salt and light to those around us. We realize quickly that, by giving of ourselves to others, basically what is meant by salt and light, we reduce our emphasis on ourselves, and the need to expect things from other people. Instead, we see how blessed it is to give of ourselves, in all kinds of situations!

During my busiest days in Cincinnati in my last decade there, I could literally be meeting someone for lunch every day. Lunchtime is such a great time for chatting, since people might be able to take off for an hour from work, and they are nearly always more relaxed during a meal. But certainly, afternoon coffee or ice cream times, depending on the age of the individual, are just as fun. It is the opportunity for one-on-one chats in a quiet relaxed place that is the key, where the magic of relationships, of salt and light, just happens!

In my later recent life, I think that the fact that an older more mature person would sit down and listen to someone younger for an hour, can likely itself be inspirational, and a very subtle form of salt and light. At least I think that’s why younger people seem to be receptive. It’s the role model effect, before their eyes, even a subtle “body language” effect, demonstrating love and concern.

We are clearly affected by everything that happens around us. If the one third of the world which is Christian, would live a life that is salt and light, the world would be vastly different, and changed for the better. And those who show the salt and light will be hugely impacted themselves, their lives clearly becoming more meaningful and “abundant,” just like the John 10:10 declaration.

And, there are indeed thousands of ways you could be salt and light. Practically anything, any personal gift or talent you have, can become salt and light. Just give it some thought and prayer, and let your creative juices help inspire you. And go!

Photo: Salt, light and video chats when they don’t freeze. 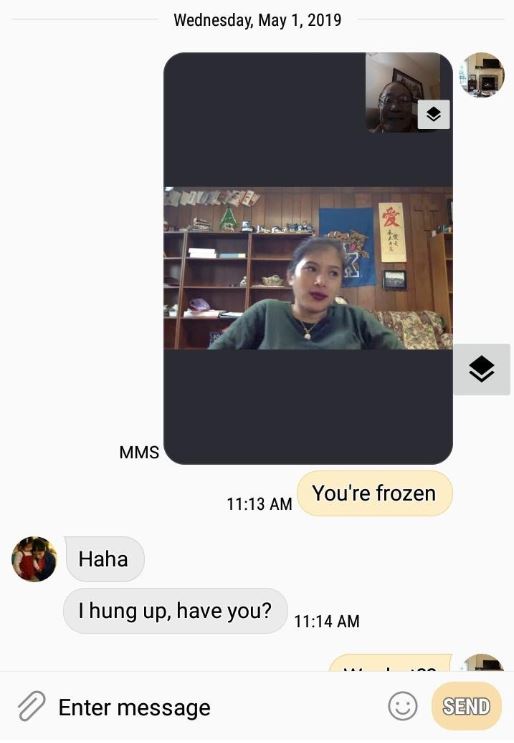 URS: Naysayers, “you can’t do that” 曾叔叔讲故事：反对者，“你不可能做到”