1. Beginning an ethnic church children and youth program: My wife (to be) and I grew up in the Swatow Christian Church in Hong Kong, an excellent evangelical church with a great emphasis on children and youth programs. It was also an unusual ethnic church in that it used the Chaozhou or Swatow language exclusively, in a predominantly Cantonese city. We personally experienced the wonderful long-term impact of its many ministries, especially its strong emphasis on children and youth, throughout our own lives. So, when we helped start the Cincinnati Chinese Church fifty years ago, one of the first things we did was to help develop a solid children’s program, and then soon thereafter the youth ministry. 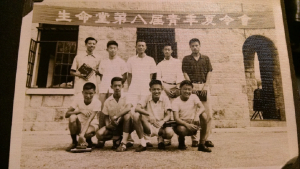 Photo 1A: One small group of the youth program of the Swatow Christian Church in Hong Kong, where we grew up and learned how important the children and youth program was.

Recognizing that children growing up in America are more American than Chinese, we emphasized the need for strong English-speaking teachers. Some people wanted to maintain Chinese culture and language through the Chinese church. However, we knew instinctively that English-speaking teachers would be better able to help kids understand the bible and Jesus’ teachings. Even children who were not born in the USA but migrated with their parents to America quickly become predominantly English-speaking, except for simple phrases in the home language. And in those days, that language could be Cantonese, Taiwanese or, later, Fuzhounese, quite different from Mandarin altogether. So if the kids were taught in Chinese at church, in practice that would often mean Mandarin, a third language to them, creating yet another complication.

I remember visiting a Chinese church in Paris, where children and youth were expected to attend Sunday school in Chinese (I don’t even remember which Chinese language), in order to maintain their Chinese proficiency. As a result, the children’s and youth programs collapsed, apparently because the kids could not fully understand biblical concepts in Chinese, got bored with church, and dropped out one by one.

We really cannot easily mix the two underlying issues of language learning and faith: if we want to teach Chinese, a very good intention, we could and should do that as a distinct activity, in order to allow the teaching of the Bible and Christian principles in the most familiar tongue, which in our case, for American-born or -raised kids, would be English. The primary role of the ethnic church is still to teach the bible, not the ethnic culture or language. Ethnic churches that mixed their motives had mixed results. However, determined families that wanted to train their children in bicultural biblical literacy were able to do that at home, for example, by doing home bible readings in Chinese, which I think is an excellent approach.

2. Cooperation with other churches: At this juncture, God sent a faithful servant, Bruce, whom we met in the “American” church we used for our services in the first years. We became great friends, and Bruce would thereafter always pop up to help us when needed. Typically, he would volunteer for one-year commitments each time we needed him, assuming that after that, we would be on a stable footing. That was an excellent strategy, which allowed us to not be too reliant on him and to face up to our own problems! Before I forget, Bruce is actually Caucasian, but it seemed so “natural” that it was easy to forget.

But the good thing was also that Bruce would later keep referring great (Caucasian) volunteers to us, especially to help our youth program, usually young men and women with a strong commitment to serve and willing to adapt to a cross-cultural situation. He himself would be available to be a special speaker, advisor or teacher as needed. He was essentially in many respects an “unofficial” cofounder of our church, from the critical beginning years, as well as at critical times later.

When we took youth teams to Central America to help the Chinese churches there, we discovered a commonplace phenomenon that illustrated the lessons and strengths of inter-church cooperation. There might be three Chinese churches in a city, all speaking different ethnic Chinese languages, coming from different cultural backgrounds (commonly Hong Kong, Mandarin-speaking from Taiwan, and Taiwanese). Because the adults were separated by language and culture, their youth groups were also kept separate, even though in reality they spoke one common language, i.e., Spanish. As the visiting mission team, we sensed the youth were, unfortunately, being kept separate mainly because of adult cultural differences, causing side effects on the youth and the youth programs. At least, that’s how it seemed to us, as outsiders.

But whenever our Cincinnati mission team arrived on the scene, the local leaders would graciously allow their youth from all three churches to join in our activities together. This made for an excellent “critical mass effect”, producing heartwarming youth activities, readily conducted in English and Spanish. Often we had a combined youth retreat, which was indeed very encouraging and inspirational for all, us included. 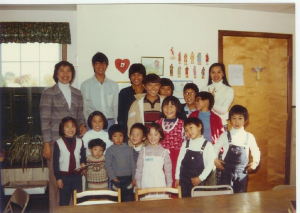 Photo 1B: Beginning the program in Cincinnati: we could pack all the children and youth in one room. Start small but keep growing them.

But the sad thing was that when we left, they broke back into three separate groups, each youth group too small to be effective, maybe only a dozen youth in each. Thereafter, we heard that the three groups apparently did not interact much, nor did they grow very much. This was a sad reality of ethnic problems among Chinese churches, complicating more important spiritual needs. But it reminds us to seek active cooperation with other churches to encourage and strengthen each other, especially important in helping to nurture the lives of the next generation.

3. Working with cross-cultural impact: I had heard that in a predominantly “white church” near us there was a very active youth minister who taught his youth strong Christian apologetics and academically tough classes, much more intense than the usual Christian youth group activities. I was intrigued, so I stopped by to join their Wednesday night services.

On one of my first nights I met Stephen, a young man in high school who was giving the evening’s message. I was astonished that he was teaching as if he were a seminary professor, with very lucid points and lots of good handouts. I befriended Stephen and the youth minister, Ben, through lunch and coffee chats. Ben began to send over some of their more adventurous youth to visit with our church, and we began to invite him over to be a special speaker at our church.

So, both consciously and unconsciously, we developed a great informal mixture of Asian and non-Asian youth, especially the youth from Ben’s group who had been well trained by him in apologetics and who later, amazingly, became great role models for our youth. Their names are practically legendary in our church lore: Avery, Greg, Stephen, Chad, Shawn, Jenny, all visitors initially, who then became integral members of our youth group, mission team members, youth counselors, and even youth ministers.

I joked to Ben that we had taken the “cream of the crop” of his youth group, in one way or another. He seemed pleased by the turn of events, pleased that his youth could serve the greater worldwide church. Over the years, indeed we continued to “borrow” (is “steal” too strong a word?) much of their “top talent”. I would assume that, in hindsight, if we were thinking of some kind of a win-win scenario, which I really wasn’t, Ben’s youth likely also learned many cross-cultural lessons by joining with us, much as we learned from them. In addition, since I loved to bring youth on missions trips, it became natural to include these “white kids” as integral parts of our mission teams. For the most part, they had never been out of the country before, especially to far-away Asia, so this was a wonderful additional life experience for them also.

4.Youth for All Nations concept: The combined mission efforts added to the flavor of our growing concept of “youth for all nations” (YFAN), meaning youth from all nations, to all nations. All this reinforced my strong impression that the church will grow if churches learn to work with each other, especially churches of different ethnicities and cultures, to learn great lessons from each other through “cross – pollination”.

Many of these “white kids” and even our American -born Asian kids experienced rather strong culture shock when we went to places like Thailand, where the people, culture, languages and food were all radically different, more so than going to neighboring Hispanic locations in the Americas. Suddenly halfway around the world, our cross-cultural team experienced eating fried insects, hearing and speaking exotic native languages, interacting with multi-ethnic tribal minority children, and riding on gigantic elephants.

I have no doubt that these mission trips changed the lives of many of these teenagers from different backgrounds, so that when they later moved on to long-term mission work themselves, or to solid professional lives supporting missionaries around the world, the impact of these youthful, truly cross-cultural mission trips was indelible.

Just a caveat, short -term mission trips work only if we are serious, and are not just bringing kids on missions for a fun time. The key, I felt, was the serious nurturing and training before going. Fully preparing them well, I liked to say, was 80% of the value of the mission, so that they could fully absorb the cross-cultural lessons when they reached the field. Indeed, the general nurture and training of youth in the youth group in a cross-cultural setting in Cincinnati, was basically also like that, a small flame that could create a wonderful fire and momentum, a key inspiration for all of life.

Photo 2: Many, many, youth counselors are needed for a thriving youth program; just a sample of youth counselor All-Nations backgrounds, including Malaysia, South Korea, Taiwan, Singapore, Cambodia, Hong Kong and Brazil in addition to USA origins. 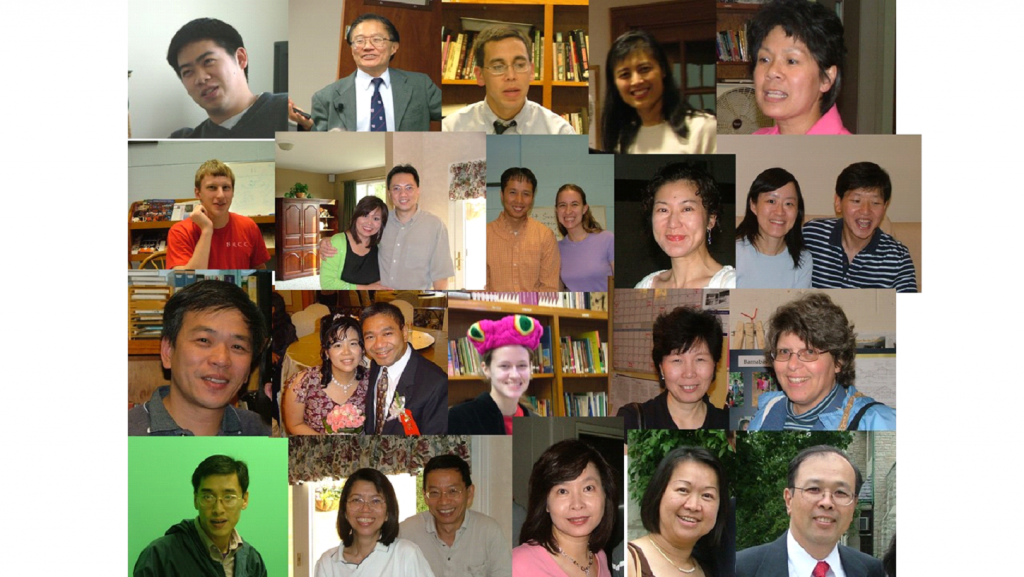 Coffee with UncleReggie: My version of growing up in school obsessed Asia Reggie 叔叔的故事：从我的视角看在亚洲学校的成长 (Sonic 翻译) Or: Getting into a good school: my childhood perspective. 或者：我孩童时关于进入好学校的观点。