It was Civil War time in China, and the Chinese immigration officer was very surprised. Why was this American born Chinese, “ABC” young woman, in her twenties, coming to China? She did not look adventurous at all, and she did not speak any Chinese. So, he asked her, in English, “why are you here?” To which she replied, “I guess I’m here to seek my fame and fortune!” 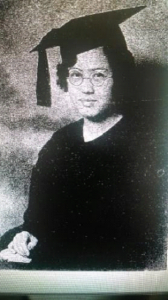 Photo 1A: My quiet mom graduating from University of Washington, to soon take the slow boat to China.

I would not have believed this conversation, except I heard mother actually describe it to a friend. Normally, she didn’t talk about her past to us children, and certainly never acted ambitious to “seek fame and fortune.” A timid woman, who however, amazingly, traveled alone to China, during a turbulent time in history. Throughout her schooling in Seattle, at Roosevelt High School and the University of Washington, she was always considered very shy, so this decision was, I’m sure, shocking to most people.

When she was growing up in Seattle, it was thought that there were only about 10 Chinese families in the town, so she grew up basically as an American. She never learned Chinese, except for some conversational pidgin Swatow, since her parents spoke the Swatow language (a Southeast China coastal language) at home. Her father had been invited, or “called,” by the first Chinese church in Seattle, USA (Chinese Baptist Church), to migrate from their hometown of Swatow, or Shantou, to be one of their first pastors. 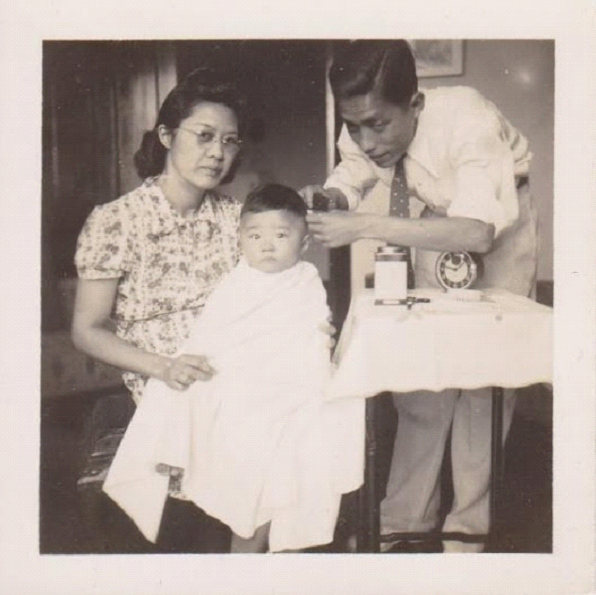 Photo 1B: Quiet day at home for me on mother’s lap.

Now this English speaking “ABC” girl was in China. Ostensibly she was joining her older sister, Florence, in Yunnan province, in western China. Florence was a University of Michigan medical graduate and had gone to serve in China as medical missionary. Unfortunately, after mom’s arrival in Yunnan, her inability to learn Chinese frustrated her, and soon she retreated to Hong Kong, then a British colony, where English was much more prevalent.

In Hong Kong, she worked with an English newspaper company, and taught English in an English middle school (King’s College). She also met my father, providentially, at Queen Mary Hospital where dad was a young surgeon. See Reggietales.org “If It Were Not for My Hemorrhoids.” She had a small circle of American expatriate friends, ABC women who had apparently really come to Asia to “seek fame and fortune!” I never got to know this group too well, but I imagine they also had many culture shock stories in adapting to life in Asia.

Of course, since I had an American born mother who spoke English at home, I had a distinct language advantage when I went to British schools for primary and secondary education. This did not endear me to my classmates. Some of them remember to this day, when the teacher would correct their English by referring them to “listen to how Reginald says this sentence!” One good way to “not make friends and influence people.” Having an English literature major background, mother was quite a stickler for proper English and its pronunciation, and likely as a consequence, I’ve always done fairly well with the language.

Mother liked to scoff at British English differences from American English. She poked fun at British pronunciation of schedule as shedule, wondering why they did not pronounce school as shool. And she joked about tomahto instead of tomayto, colour instead of color. To me it was all in good fun, and helped me to understand the complexities and illogic of language. Of course, my British or British trained teachers scoffed even more about “uncouth Americanisms.” There were also lots of rather snide remarks about America in general by the teachers, which made me cringe inside, as if mom and her heritage were being attacked. No matter what their ethnicities, the “cultural motherland” of the teachers seemed to be the British Isles, and they were obviously trying to “convert” the school-kids also! 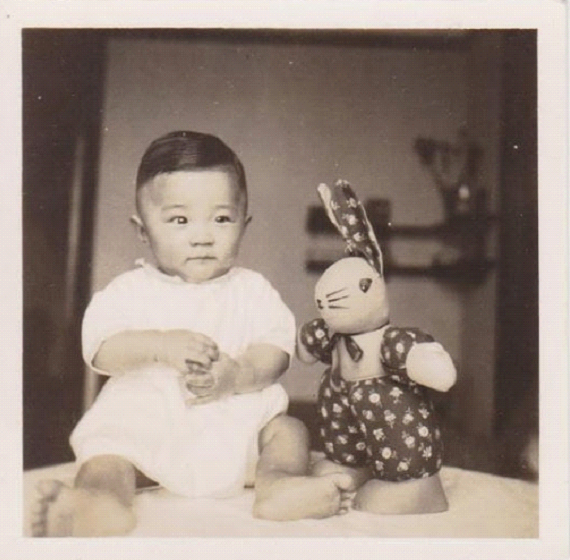 In retrospect, even as I was growing up in Asia, I was very grateful to mother for gently brainwashing me about everything American. In particular, she brought me every week to the US Information Service, USIS, which had lots of great books about America, especially for children. I read all about the great heroes of American history and culture, including often their faith and relationship to God, at a time when this was not censored, or considered “politically incorrect.” American government and secular censorship of God in history and literature only occurred later, and I was fortunately spared their revisionist philosophy. Even the USIS global program unfortunately was abolished in 1999, removing even this outpost for more traditional American values.

So, I grew up with a conservative view of American history and literature from my mother’s subtle influences, which nurtured in me a great respect and admiration for America, very different from what we often hear today in rather liberal modern America. Cowboy and war stories and movies then were framed with a strong moral basis of right and wrong, instilling in me a strong sense of morality and virtue even from the general culture. I vividly remember that even with severe violence in any story, the virtues of kindness and reason would ultimately win. I sensed instinctively that the stories often had a strong basic biblical framework, again quite different from today. 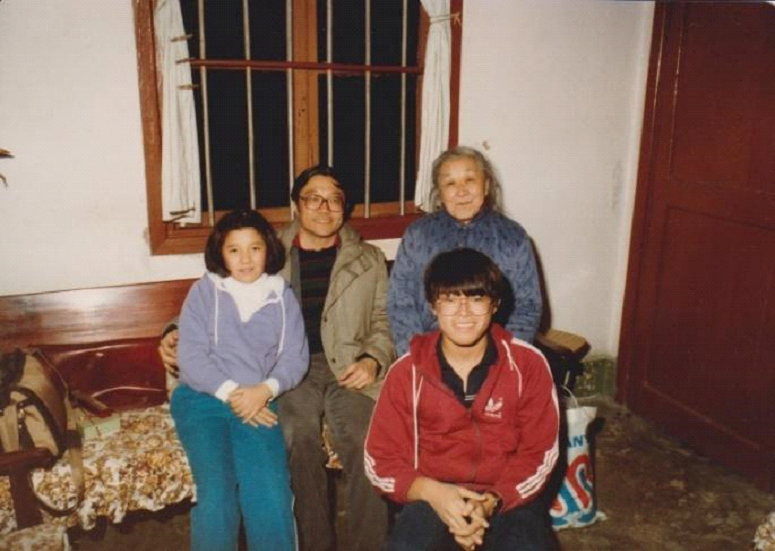 Photo 1C: Quiet mom joined her sister Florence, then serving as medical missionary in Yunnan in the 1930s; photo taken with my children, 50 years later when China re-emerged into the world lime-light, our first and only meeting with Auntie Florence.

My mother was a librarian for part of her life, and she really tried to protect books. She did not allow me to underline any books even though they were mine! Even my Bible. After many protests, she finally let me do it, and thereafter I furiously underlined the Bible, my books, newspapers, magazines, just everything! And to this day, I cannot borrow a library book, because my instincts are instantly to underline it (horrors!). However, for my own books, which are many, I have great “skills” in underlining and highlighting, in many colors, with many annotations, so that any book I am reading soon is filled with special contributions! Unfortunately they are not necessarily neat, since I might be writing at different angles, including from bed. But, when you get my old books you get me also! 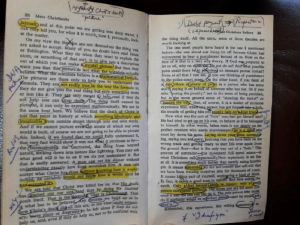 Photo 2: My typical reading and highlighting style. Possibly a reaction to librarian mother’s strictness against it.

My strange (to me) mother didn’t like to talk, aggravated later probably by hearing problems, and she loved to sit in a corner and read, and read. I barely heard a word from her all day long. But when she wrote, she composed very elegant letters, and if you just read her letters, she was really very charming, quite different from meeting and talking in person! So later on in life, when we were separated by oceans, her correspondence was really kind of fun. Ironically, I then had a lot more conversations with her than in the past. Fortunately, I have kept her letters, which are quite delightful, like a record of history. I guess her style of communication was through letters, and not oral conversations! Maybe my own love of writing comes unconsciously from her?

Another influence that probably unconsciously came into my life was mom’s clipping of newspapers. She did that as part of work in the Hong Kong newspaper company, during the Sino-Japanese War, which generated lots of war news to clip. “Cut and paste” in its original form. She resumed that practice when she moved from Hong Kong to join us in Cincinnati in her old age. It was great for my busy medical life, to get regular clippings of interesting articles from her, without my having to read the entire newspaper. 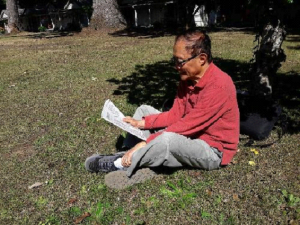 Photo 3A: Next to burbling mountain brook; and enjoying my pensive reading. A heavenly dream.

Further, I started the habit myself of clipping or tearing articles from magazines, and “filing them” usually inside my favorite books, pasting them into scrap books, or later scanning them into emails. And if you have my old books, you might also have these clips inserted inside. A bonus from my mother.

In mother’s old age, her hearing became really impaired, but she was still reading well, so we came up with a great idea to write to her on a writing tablet or a daily diary notebook. The best part is that now I have some record of what we wrote to her every day. Funny how we learn to communicate in different ways at different life stages.

My wife Esther was really anxious to make sure mother knew the Lord personally before she passed on, since she was rather quiet and private about that. So, one day when mom’s health was failing, Esther wrote on a paper notebook pad about confirming her faith, and was really happy to see mom affirm that, especially as she passed on not long afterwards. In her own special way of communication. 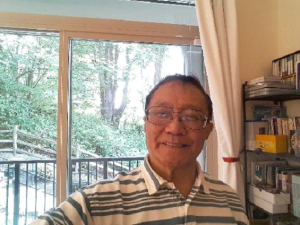 Many people are surprised when they hear that I am quietly writing and writing, and that I don’t seem to mind not being super-energetic and world traveling, as I appeared to be doing before this. Actually, I’m really a quiet person at heart, and I would rather spend all day reading if I could. This new phase of life is actually a reversion to my original me! A version probably of my enigmatic mother, you could even say. I tend to dream that, in heaven I will have plenty of time to read and write extensively, quietly, by a brook under a tree, and please don’t bother me.

Children’s Ministry Is Our Foundational Treasure