Brain freeze. In the first few years after we moved to Seattle, I began to have regular headaches, seemingly more than in the past. I wondered, why am I getting all these headaches? Then I noticed them often occurring with low temperatures at home, and I began watching the actual indoor temperatures more carefully. This strange syndrome of “brain freeze” especially occurred when I was sitting down quietly inside, and working on my computer, presumably therefore not generating much internal heat from physical activity.

Before moving to Seattle, we lived in the Midwest for 50 years, where the outdoors is considerably hotter in summer, and colder in winter. It might seem logical that Seattle would have “better weather,” implying at least that it “isn’t as cold” as the Midwest, but it isn’t that simple. In the Midwest, the temperature indoors in winter can be like summer, since people readily turn up the heat! Seattleites like the cool air so much, they often don’t turn on the heater at all, so it’s sort of 50s cool for most of the year. I think my ageing brain was not prepared for this at all! 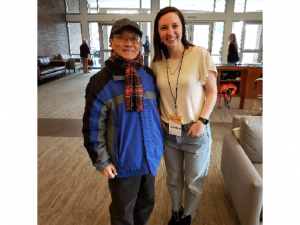 Photo 1: Native Seattleites however don’t seem to have brain freeze.

I figured out soon that I had a “brain freeze cut-point,” below which my headache would be triggered. This cut-point was initially 73F, but with time it started moving up, and it’s now even higher than 75F. Whenever I feel a headache coming on, I can just raise the room temperature if it is under my control, splash relatively hot water over my face or eyes, or even take out a hair blower to “blow dry my brain.” To my immense relief, the headache then starts disappearing. Which is just great, both a relief to know the diagnosis, and a relatively easy treatment. No pain killer pills at all! Which is no mean feat, in view of the national epidemic of pain killer related diseases.

Brain warmer. I discovered also that putting on a neck scarf and hat was also quite protective for “my brain,” so if you look at my pictures in recent years, I seem always to be wrapped up warmly. Actually, I like wearing scarves and hats anyway, so it fits my vanity angle. I have been an ardent admirer of Sherlock Holmes, so I might even use a hat like his! But when I go to church I feel embarrassed that often I still need a cap, and seem to be the only one feeling the cold. What I really need is a cap that can become invisible or camouflaged!

I used to have the opposite problem. In summer in Asia, where it can get very hot and humid, my brain would feel so toasted, that I needed to splash cold water on my face numerous times a day. I was particularly envious of people who seemed quite cool even in hot weather (like my wife), and admired people boldly smashing freshly cut cold watermelon onto their faces, which is an amazing summer face freshener.

I used to carry an Asian fan all the time wherever I went in China, so that I could just “fan my brain,” in hopes of cooling it down. Asian scholarly gentlemen of yore seemed to do just that, at least in drawings of the period, and I was quite in style, just not the right century. Or, in modern Hong Kong, I might carry ice inside a self-improvised strap to cool or freeze my neck, which seemed to work even better. I often dreamt of inventing a localized “brain freezing” helmet, just for poor toasted brains like mine. I imagined that if this helmet fad caught on, then there might even be no need for air conditioning of homes: all you need is air-conditioned brains or necks.

You might have noticed that, in these cold or hot “sob stories,” all I needed really was just to, respectively, keep warm, or cool off, the head or neck, and I would feel quite comfortable. I didn’t really need to heat or cool any other part of my body. Which makes physiologic sense, since significant numbers of nerves in the body are actually in head and neck. If head and neck are happy, the rest of the body seems happy also.

Premature baby lessons. I learned about temperature-head interactions dramatically when I was managing sick small babies. One of our illustrious neonatologists (newborn baby specialists) on our team, Dr. P specialized in temperature control in babies. He discovered that temperature changes inside the baby incubator actually even affected the breathing pattern of premature babies.

The small premature baby has times when he has “apnea,” or spontaneous stopping of breathing, presumably related to disturbed brain control of breathing. Dr. P discovered that, contrary to what you might think, the usual incubator temperature was quite unstable, and actually cycled up and down all the time, amazingly affecting even the baby’s breathing. When the temperature swung up in the incubator, he discovered small babies more often actually stopped breathing (had apnea), which he presumed was from change in brain control of breathing!

So, this creative doctor designed a novel computer-controlled incubator which tamped down temperature swings. By reducing sudden increases in temperature, he proved the babies had less apnea and better breathing. Since he surmised that the head was the key organ to sense temperature changes, he further devised a box around the baby’s head that made it cooler than the rest of the incubator, and the babies indeed were able to breathe better.

There seemed to be a remarkable interaction of temperature and brain function in these babies, and I wondered often if there were subtle effects even for adults like me! It reminded me of my attempts at “cooling the brain” in summer in Asia, by cooling head and neck, so that not only was my head more comfortable and happy, I was certainly breathing better and happier!

Brain concussions. In my pursuit of keeping the brain nice and warm in winter but cool enough in the summer, I began to also think, here is another thing which is often neglected… After all the brain needs a lot more protection than cooling or heating. As I age, it is quite apparent to me that lots of seniors die from falling and injuring their brains.

I remember vividly a foreign student’s mother who came from China to visit, fell down unfamiliar stairs at night at their home, and ended her life in this foreign land. It made me think there must be a way to prevent this. Homes in other countries often don’t have the American luxury of 2 or 3 stories with indoor stairs, so it can be disorientating at night to the visitor, especially when the lights are dimmed. Anyone walking in the middle of the night is likely only half awake, so it’s a potentially doubly dangerous trap.

And it isn’t just foreigners, since a local friend of mine was visiting her son in another American city, and she rolled down the stairs also in the middle of the night, apparently from a wrong turn in the dark. Fortunately she survived without major issues. But these are just a few examples of dangerous falls or blows on the head that could ruin a life.

Woodpecker brains to the rescue. I came upon an amazing strange new story of how the brain might be protected from a strong blow on it. Many have heard the unusual pecking of the woodpecker. He keeps pecking away at wood, blow-by-blow, and if he is drilling into your home, you worry your house might fall one day. But when you think more, you might worry that the bang, bang, bang impacts are so great, why doesn’t he blow out his brain, and repeatedly so? 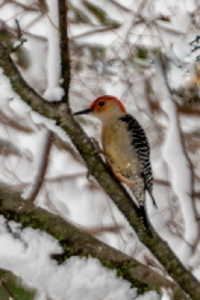 After all, the pressures are huge, as much as 1,000G (1,000 times gravity). His brain should have severe concussion with each blow, but it seems quite content and happy. Shockingly, we now have learned a possible explanation. It seems that the woodpecker has a fascinating (long) tongue that is able to wrap around the neck when he is pecking away at the wood, and therein lies a likely secret!

The tongue wrapping around the neck compresses the neck veins so that brain veins, which flow down into neck veins, are backed up and engorged. In turn, the brain is engorged, and turgid, full of brain and fluid essentially! Like a balloon filled totally with water, and therefore filling out any dead space inside the skull. The brain then fits the skull perfectly and snugly. 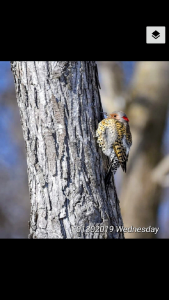 So, when the head receives each peck and blow, the brain has no free space to move, and doesn’t “slosh around” and stretch or tear up brain tissue, or dangling blood vessels and nerves. Thus, the woodpecker pecks merrily away with no concussions or brain injuries, even from such great impact pressures. I just learned that investigators at Cincinnati Children’s Hospital, my mother institution, have been taking off on this idea, and are studying specially designed neck wraps to reduce children’s head trauma from concussion causing blows, during (“American”) football games. Even though we talk disparagingly about small “bird brains,” stealing this novel brain protection idea from birds might remind us the small bird brain is “not so dumb” after all.

Brain Fantasy. Senior citizens definitely have a high risk of falling and having brain concussions, which can be fatal. So, in my fantasy, if God could create a remarkable woodpecker tongue “scarf,” maybe we could be inspired to create a simple preventive, senior scarf that has anti-concussion (“woodpecker style”) function! 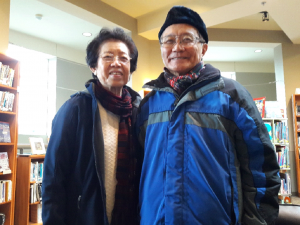 Maybe, thinking ahead, in the future that scarf could even be electronically activated to tighten up automatically when falls are actually happening, to maximize the protection. This response will probably need to be faster even than activation of auto airbags at time of collision.

Plus, in my personal bias, it should then be easy to program this scarf also to keep brain and neck nicely warm in winter, but cool in summer (“Uncle Reggie style”). Computer nerds and geniuses, you got the ideas here, without patent or royalties. You can send an acknowledgement to my website.

My Chinese Language Story (Part B): Chutzpah and On-Job Learning As I Go

My Dad: (A) An Asian Dad Who Didn’t Want His Son to Be a Nerd