When I was a medical intern at the Queen Mary Hospital (Hong Kong University), it seemed to me like every night someone was wheeled in with some kind of “stroke.” Again, and again, patients came in with hemiplegia (half the body paralyzed), inability to speak, or a massive bleed in the brain. Their families were often hysterical, shocked, or totally depressed. It was also immensely stressful to the medical and nursing staff, and especially to me as a developing doctor, and gave me a distinct life-long vivid impression and sensitivity about the devastating disease of strokes.

Strokes are the disease of clogging up or rupture of arteries that go to the brain, and tissue death in certain brain areas. Over the years, I began to realize that my own family history was loaded with high blood pressure (hypertension) and strokes. In addition, I realized many friends and contacts also had the disease, or were at high risk. It was more than disturbing. 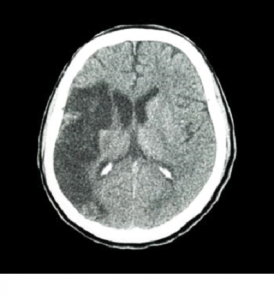 Photo 1: Brain stroke: it’s not funny when your dead brain area shows up as dark spot on one side.

However, it was actually odd that, in contrast to strokes, we had very few patients at the time who had “heart attacks.” The few patients we had were mostly British and American men who were visiting the colony. I later realized that later, after I had left for America, increasing numbers of Hong Kong Chinese acquired this “modern disease” of heart attacks, or heart artery disease, just like in the West. But, surprisingly, strokes, which are brain artery diseases, had preceded all that. Even without flagrant “westernization,” Asians already had acquired the dreaded brain artery problem.

The more I studied the strokes problem, the more I felt also that this disease was like a tightening noose around our family’s necks. Hypertension and strokes in my parent’s generation, my own generation, and later even the next generation, meant that our family DNA was highly problematic. But I quickly realized also that DNA is not destiny, and that there are many things that we could actually do to break the “DNA curse,” and prevent the DNA effect.

A few decades ago, my wife and I took the drastic step of reducing our salt intake to very low levels, especially for homemade meals. It was an abrupt decision, but once we made it, to our great surprise, after a few days or weeks, we practically forgot that we had done it! I used to liberally pour soy sauce over my fried eggs, ever since childhood, since I loved eggs and thought soy sauce was a “normal part” of fried or boiled, or any, eggs. After we made the salt reduction decision, I suddenly realized I did not have to pour soy sauce on my beloved eggs at all! Once I stopped it, I found eggs tasted just as great, even better, without the salt! A pleasant surprise indeed.

And similarly, for most of our food, we just adapted to the “new norm.” Our home salt intake has become so low, that sometimes, when exposed to the “usual” salt, especially from restaurant food, legs might swell up from the salt and resulting water retention. Which just reminds us that there’s hidden salt everywhere, and low salt bodies can become like human sensors detecting hidden salt wherever it is! In contrast, most people are so used to it, there’s little way to actually sense having too much salt. However, getting used to it doesn’t mean its deleterious effects are not there; quite the contrary, the bad effects are cumulative, slowly and secretly harming our body over years. 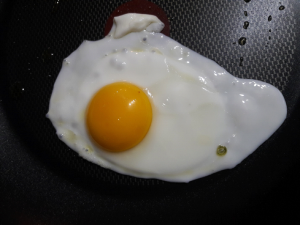 The question could be asked, that, even though there is a tremendous amount of information about the dangers of extra salt intake on hypertension and strokes, for nearly everyone, why is it that people do not actually change their habits? The easy answer is simply that habits are so difficult to change, for any habits. Just think of smoking, or alcohol, or carbohydrates, or fat. And getting food merchants to change their food contents, and likely profit margins, is hugely difficult. Just look at the very minor changes in the major “fast food” restaurants, in spite of the overwhelmingly negative things they do to our bodies. We even merrily call them, and eat them, as “junk food.”

And, all of us actually love salt, because it is an amazing substance. Remember that in the past, salt used to be very expensive, people would fight over it, and practically start wars over it. Thousands of years ago, people already realized that salt was extremely valuable, giving extra taste to all kinds of food, and allowing food to be preserved for long journeys, before the days of refrigeration. Just think of all the salted fish and meats down the ages.

Salt is essential to life. But, essential doesn’t mean that we have to add extra salt. In fact, it means that, being essential, it is already there, in great valuable amounts in all the meats and vegetables that we eat. Without the need to add anything salty at all. So, basically nearly all the salt that we add “normally,” in many cultures, is truly in addition to what our “natural” needs are. We don’t need to have “salt licks” like we might read about for some salt deprived animals!

Of course, if we are sweaty runners, we will lose extra salts, and sure enough drinking water alone is not enough for that, and we need to have water that contains extra salt and other minerals. But that’s not the normal life of people today. Normal modern-day life today doesn’t really lead to much salt loss, so we don’t need all that extra salt!

In most homes, modern sauces of all kinds provide just wonderful taste and variety: there are all kinds of sauces, and literally all kinds of tastes, but they all especially contain loads of salt. From a careful look at the labels on the bottles, we quickly realize we are getting a lot of extra “gifts” of salt. And if we watch people cooking at home, it is quite clear that they usually do not realize that they are pouring on the salt, even as they declare loudly that they’re very careful with salt. But from the way that the salt is being sprinkled liberally all over the food, plus all the sauces being sprayed left and right, you can begin to guess that the amount of salt isn’t going to be small. 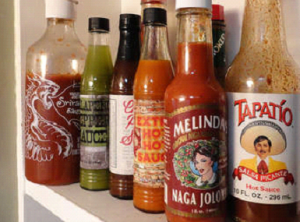 Yes, the essential wonderful salt has morphed into a serious culprit: it’s just too much, too cheap and too available, everywhere, just more and more and more. You may know that I like to say, the simplest nutritional advice is “eat like Adam and Eve,” or “eat like a dinosaur.” Indeed, neither Adam and Eve, nor dinosaurs, had added salt in their food! They certainly never sprinkled salt, or added sauce to anything they ate!

Well, it’s definitely not glamorous advice for most people and therefore it’s difficult for anyone to change their lifestyle. Salt is good and essential, saltiness not so. Moderation in everything, as usual, is usually sound foundational nutritional advice.

In my academic career, I was very involved in the American College of Nutrition, which focused on the relation of nutrition and chronic diseases, and especially disease prevention. I became one of its Journal Editors (International), Secretary-treasurer, and later President. In the course of my nutrition journey, I came across a classic older graph of the provinces of China, which likely became graphically inspirational for my interest, and for this story. It showed salt intake, hypertension and strokes as highly correlated, being highest together in certain provinces, and lowest together in others. A result that I felt had personal family resonance. And worldwide, even up to today, the relationship of salt and hypertension remains strong, summarized in a recent report by the NIH, the American National Institutes of Health: https://www.ncbi.nlm.nih.gov/pmc/articles/PMC4105387/ 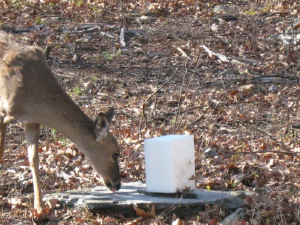 Photo 4: Humans do not need salt licks, but we may lick a lot more than that. From Google advanced safe search, all uses.

Ideas Are Cheap, Show Me the Data