A scene from Yunnan, many years ago. The cars bearing the medical team dashed through winding roads in the mountains, past “cowboys” on horse-drawn carts, terraced hills, and green forests.

We arrived at the mountain town at noon and, surprisingly, immediately after lunch, without the usual ceremony of tea, bananas, and official speeches, plunged right into work. The trust level was fantastic. Here we were, brand newcomers to the hospital, but the officials had advertised throughout the town that an American medical team was in town, and would be offering free medical service in the clinics! 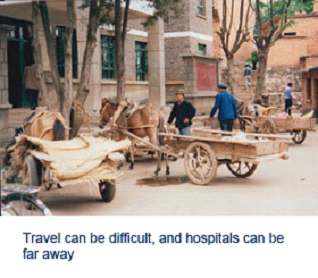 Photo 1: Travel can be difficult, and hospitals can be far away
图1: 行路难，医路远

This was also the first day for the opening of the new (but sparse) pediatric clinic. Sparse meant there were 2 tables, 2 chairs for the doctors, and 2 stools for the patients. But it was white and clean, a far cry from many “clinic” facilities seen in many similar sized rural towns and villages.

No sooner had the pediatric, medicine, and dental teams sat down in their chairs, than the patients started streaming in, eager to see the foreign doctors. Some came for an acute problem, others came to confirm a diagnosis or treatment, and others came, we think, for the “excitement.” “Renau,” or community excitement, is very popular and important for everything in China!

Everyone wanted to come in and join in the renau. When we saw a patient we were often accompanied by 20-30 onlookers, eager to learn, participate (add their opinions and advice), stare (great sport in the country), frown and laugh (especially when we stuck a “smile” sticker on a child!)

Stickers were great friendship builders. Every sticker resulted in at least one smile, usually two (mother and child,) and often 3 or more (plus onlookers.) We should have brought 10,000 stickers, and would have had at least 20,000 smiles!!

In the midst of this renau (hot busy in Chinese), a village woman suddenly intruded, bearing her tired, and very sick, 12 year old daughter on her back. The mother had trudged for three days, catching a tractor (often used for farming and transport) here and there, before arriving in the town. The child had pain in her abdomen, and was feverish. Pat, our pediatrician from Memphis, USA, reached out gently to feel her belly, while Sheng, a nurse from New York, tried to get through the village dialect. “We have to admit her to the hospital,” Pat explained, “immediately.”

Big Stan jumped in and carried the child in his strong arms. The mother demurred, but Stan insisted, and the child was too sick to protest. She was obviously from the village, dark from sun exposure, and black from dust and dirt. Her clothes were well worn and impressively dirty. But there Stan stood, with love written all over him, firmly holding the child in his embrace.

A sad look came over the confused mother’s face. “She can’t be admitted to the hospital; I don’t have any money to pay.” The local pediatrician who was with us was torn; her new American friend had urged admission, but now the patient obviously couldn’t be admitted. I quietly took out 100 RMB (US $12.00) and placed it gently into the mother’s worried hands. Instantly she burst out in tears and sobs. “No, no, I can’t accept this,” she exclaimed. We continued to urge her, now with tears in our eyes, to accept the little gift. But her sobs and tears grew more intense.

Into this melee, the director of the hospital stepped; he sized up the now chaotic situation, and offered to take the patient in, thus wisely calming down the situation. But we needed a blood test first, and there was no transport system. Stan gently carried the limp child in his arms to the laboratory, and the bloods were drawn. The results were instantly provided, which really impressed us! Now she needed an X-ray. As I went ahead to the X-ray department, the initial response was less than enthusiastic, probably because I was dressed like the local people and it didn’t quite “click.” However, in the next instant, the doctor looked up and saw big white Stan with the child. Realizing there was something wrong with this picture, he quickly set up the X-ray machine.

As I stood at the hospital cashier’s line to pay the laboratory bill, the cashier looked up, recognized me (we had just met earlier), and gave me a very quizzical look, unsure of what was happening. I smiled just a bit, not wishing to make it an issue, and he smiled back, just a bit, in response. I can still visualize the odd look in his eyes.

And finally were able to start down the muddy road to where the pediatric hospital was, five minutes away. The surprised look in the eyes of the doctors and nurses when Stan placed the child in the hospital bed was understandable; and more so when we delivered some steaming buns and a canteen bowl to the hospital for the exhausted mother! 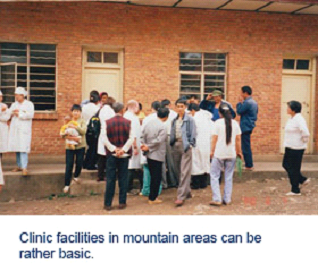 Photo 2: Clinic facilities in mountain areas can be rather basic
图2: 山区医疗机构很是简陋

Actions speak louder than words; a picture is worth a thousand words; a brother is born in adversity; and the Son of Man came to serve, not to be served. Somehow, all these beautiful words we have been taught, made sense.

The author was Executive Director of Medical Services International (MSI), which organized 5,000 professional visits, to serve in inland China in its first 10 years.