At age 15, my father did a surprising thing for me. In the British Commonwealth system, it was then common to graduate from high school after the 11th grade (Form 5). As a graduation present I suppose, he allowed me to travel alone for one whole month, in Thailand, from Bangkok to Haadyai in the far south; in Malaysia, from Penang in the far north, to Ipoh, to Kuala Lumpur, to Malacca in the south; then finally to Singapore. During that time, in the 1950s, it was probably safer than today, but I am still shocked that he allowed me to do that, something maybe I would not have agreed, if I was the father! Of course, there were “willing” friends or relatives at each location, and as long as I was escorted to the train station, or got on an intercity multi-person “taxi,” I guess it was reasonably “safe.”

It certainly was a great eye-opener to me, at an impressionable age, and I am certain that the exposure gave me the beginning of a multi-national perspective. I have always loved that area of Southeast Asia ever since, and it was likely a major reason I later focused on the region for foreign missions. And, since my own impact had occurred at age 15, I was eager to encourage other young teenagers to go with me on these “adventures.”

Photo 1: What better way than to celebrate sweet 15 birthday on the mission field? And to teach even in Chinese, translated into Thai or Akha or Lisu language?

Indeed, on many of our mission trips for youth, the youngest members were 15 years old. I thought they were the most impacted among the team members, so young and blessedly impressionable. In fact, often, the younger the better, provided some adult family member could come along and look after the younger ones. Many of our youth are living in a “top 1% of the world” environment, without realizing it at all, and it was great that they could be shocked to see first-hand the reality of life in the rest of the world.

They had never heard of prayers that they would soon hear among the Thailand Akha tribes, of “pray for my husband, he is in prison for 25 years for drugs, and I am left with the kids,” or “pray for my kids, since their mother just took off with another man,” or “pray for our family, the baby just died,” or “pray for my family, when I go out on the streets to sell trinkets, I just leave the children alone at home.” A more than heavy dose of harsh reality. 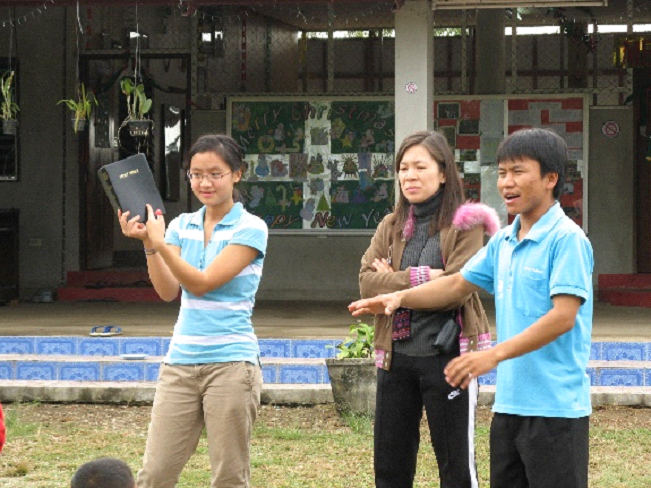 One barely 15-year-old on our Thai mission, YL, was highly energized when she visited the tribes. She was vivacious and outgoing, much more it seemed than when she taught children’s Sunday school at our home church. I’m guessing that, the short-term mission trip helped inspire and challenge her, and many other young folk, to blossom beautifully on the field.

Since she was American raised, I was very surprised that she fluently taught the mountain tribal children in Chinese when needed. She revealed her “secret,” that her parents read to her in Chinese from the Bible every night as a child, and this was deeply ingrained in her mind. On previous trips, our American born teens could barely speak, let alone teach, in Chinese, so it was quite new to me. You find out rather amazing things when you take young people on missions.

Another young man, ET, at age 15 also blossomed, and even rapidly “took charge,” whenever necessary. Whatever needed to be done, he volunteered to do it. His confidence, maybe even over-confidence, was just refreshing. Often on a mission, we are spontaneously asked, suddenly with next to no warning, to teach a class, give a testimony, or do a skit. It’s part of the informality of tribal life-styles: they don’t have to follow western “scheduling” habits, why would they?

Also, it’s sort of like, when we’re there, and asked to do something, our response is expected to be “we came on a mission, so, when asked, just do it!” We all have had, back home, hundreds to thousands of hours of bible teaching, often from early childhood, so why hesitate? The spontaneity of local tribal cultures is one great reason I love missions with youth, who tend to do quite well with spontaneity (compared with adults), and sudden plan changes (it’s exciting to them?), and 15 years old is a great age to start.

Teens definitely don’t complain about 40 hour plane rides (then jumping on stage for their skit), sleeping overnight in the Bangkok airport (on hard benches), or bumpy rides in the back of trucks (with no seat belts). Viva youth!

One of our super-active workers on the field, MJ, had his first missions experience of many with me, at age 15, in Costa Rica, before many subsequent Thailand trips. I’m sure the inspiration and impetus during that first trip were critical. When I now see his burning passion in full time work, taking many teams, young and old, into many different fields, I can literally see and relive his young teen trips, and the wide-eyed impact those had on his life’s journey.

NC, a “white kid,” was only 13 years old when his father brought him along on one of our medical missions trips to China. He fell in love with China, returned in college to teach English in China, then went into full-time service there, and even married a Chinese girl. I personally know his parents’ impact was powerful, consciously and subconsciously, beginning from very early age. His father, even though attending another church, had even helped start our Chinese Church youth group, so it was like a full circle, to have his son serve in China, and then to return to help serve now in our church. 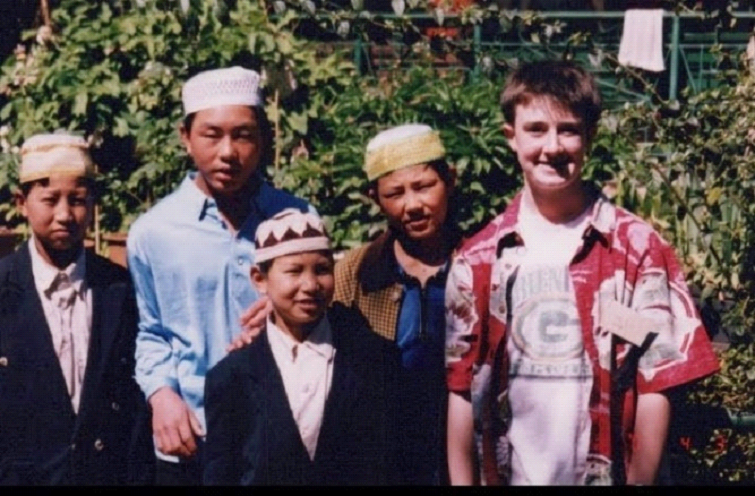 Photo 2: Serving at age 13 among tribal Huis in China must be quite an inspiration for life.

Before the days when we could take youth on missions, our fledgling church, with a relatively weak and small youth program, became itself like a continuous mission trip, pushing and inspiring young people to rise up to the challenge in a situation with very few resources, and little direct experience or history. Language complexities, different accented English, Mandarin and Cantonese were all mixed in, because parents, teacher-counselors, and youth came from different countries with different culture, background and language, and the kids had to learn to cope with all of that.

Spontaneity and sudden changes abounded, with numerous short-term volunteer youth directors from many different countries. The trials for the youth, I’m sure, helped to prompt JH in early teenage period to jump in, and serve actively himself, thereby growing rapidly in the fire, and later, to commit his life to fulltime service, and later still, even national leadership of campus ministries. And EC, similarly, to rise to leadership, practically out of necessity within the youth group, and later to become full-time youth and senior minister in California.

These young teenagers did not have the “luxury” of a large youth group and many youth counselors, which our church later had. But, in a touching way, our entire church from the beginning was highly focused on full throated evangelism, involving it seemed like nearly every member. See URS “Evangelism,” on Reggietales.org. This background I feel, likely set the stage for faithful young teens to sense the Great Commission clearly for themselves. “All things do (indeed!) work together for the good of those who love the Lord,” including stressed out teens.

In history, young people are often unsung heroes in the mission field. A most impressive thing hits you, when you visit the Old Protestant Cemetery where the first Protestant missionary to China, Robert Morrison is buried. The cemetery is in Macau, a Special Administrative Region in south China, near Hong Kong. The observant visitor quickly sees that the tombstones are often of very young missionary kids.

At the time, around 200 years ago, missionaries suffered often from malaria and other potentially fatal infectious diseases, angry villagers, and warring warlords. But, among these intrepid missionaries there were many young ones, who often also lost their lives, in answering the thrilling vision and calling of their families, in a strange and often hostile land. Maybe unsung in our lips and ears, but not in the Creator’s.

Many have read the very famous Chronicles of Narnia, written by legendary CS Lewis, where heroes were young teenagers, forced into leadership of the country they tumbled into, oppressed by the White Witch. They had to make life and death decisions, great moral decisions to stand up to evil and not give up. I’ve always wondered why CS Lewis chose young teenagers as heroes, but I suspect it’s because at that age, teenagers have a great sense of imagination and vision. Unfortunately, when young people “grow up,” and mature, some lose their imagination and vision for life, and just settle into a routine practical life, to get by, survive, or to “be successful.”

As a personal note, one might laugh at the marriage proposal I made at age 15 (!) to my young girlfriend. How ridiculous! But you would agree it had the innocence of childhood, mixed with imaginative idealism and dreams of youth. We discussed and agreed together that we had to wait 10 years until I finished medical school, and she finished college. And somehow, she agreed! “Silly?” but precious. But, what a great plan it was, now looking back decades later! Really long-term planning: 64 years of commitment and 54 years of happy marriage! Today, for most people, we often instinctively cannot trust children and youth to make such important decisions! 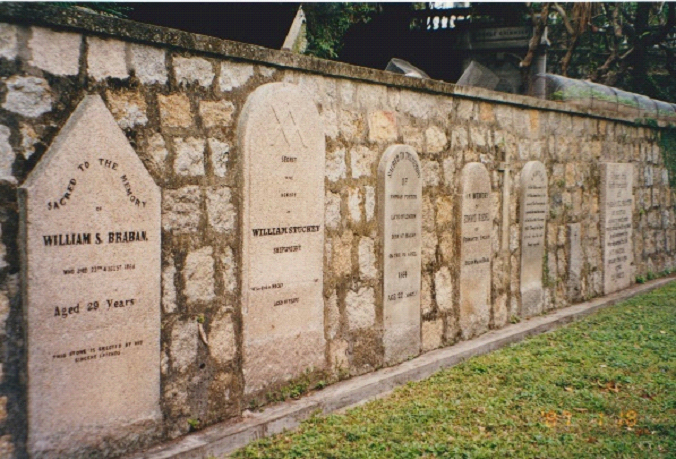 Photo 3: Missionary Cemetery Macau, where many young missionaries and missionary kids are buried, reflecting that eternal call for young and old to a vision far beyond them.

Bring back that idealistic imaginative teenage perspective, and “channel” that vivacious energy! Sweet 15, a time to dream, even fantasize, before harsher realities of life start crashing in. A great time to infuse great stories, great traditions and great principles. A good time for adults to learn to “trust them,” while adding character building responsibilities step by step. A time to mentor, encourage and lead them, by being humble and real role models. Don’t miss the opportunities in early youth to inspire our next generations, to make them significant and wonderful!

My Dad: (A) An Asian Dad Who Didn’t Want His Son to Be a Nerd